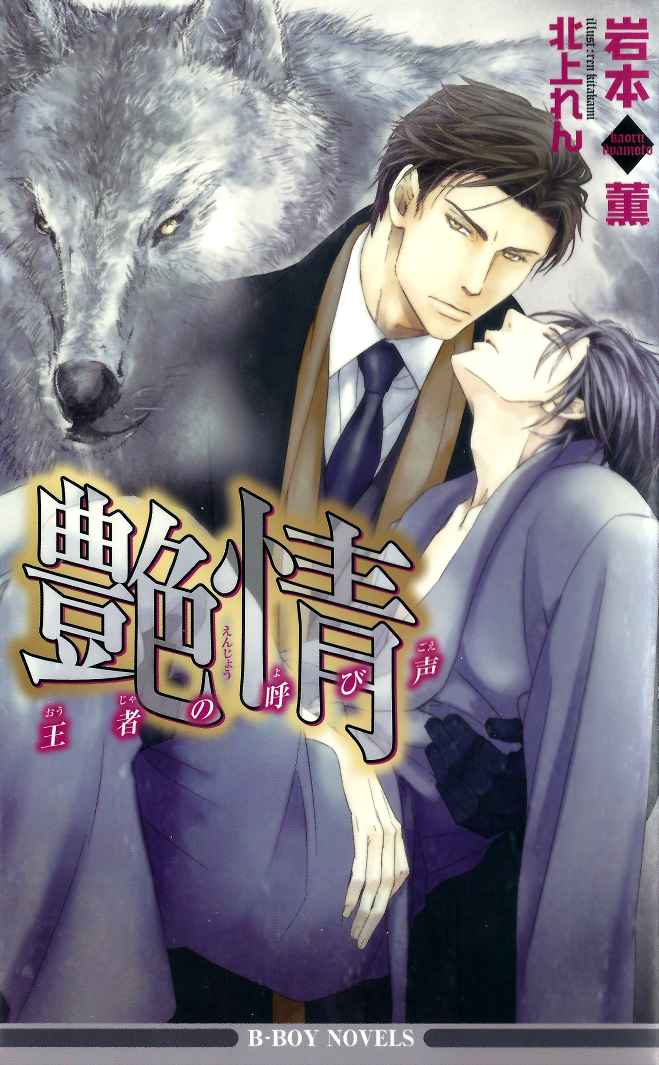 艶情王者の呼び声
In Hiragana: えんじょうおうじゃのよびごえ
In English: Affection: The Call of The King (Book 1 of Affection)

Summary:
One day, one of the twins that were born between the werewolf mother Hayato and the human father Gamon, Takahito was suddenly abducted by the Gosford family of werewolves from England. The present head of the family, the pack Alpha Arthur was a muscular, ruthless man. His amber eyes gave off a strong radiance like that of a predator hunting for his prey.  Arthur informed Takahito that though he was a man his body was capable of conception. And thus: “You will conceive, and give birth to my child,” he ferociously pronounced as such and forcibly embraced Takahito…