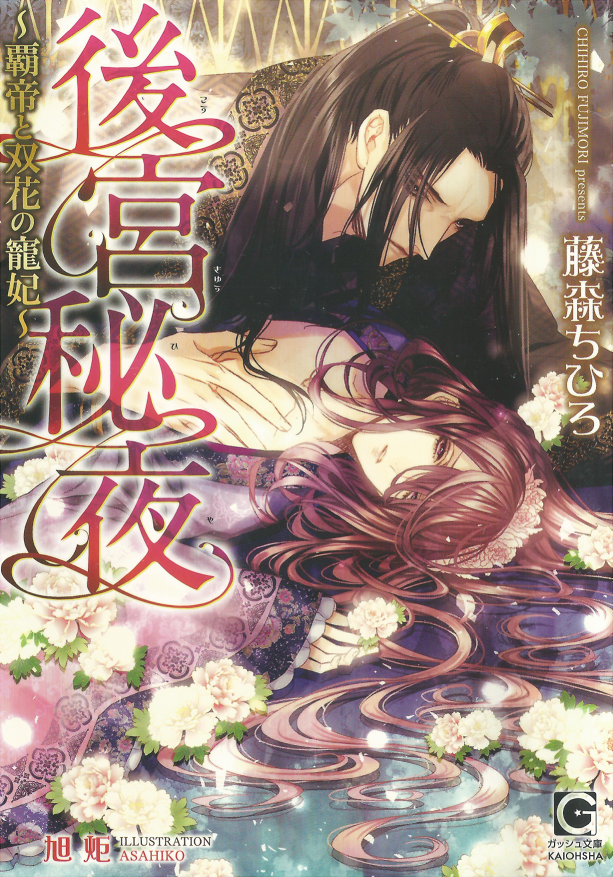 Summary:
Imperial prince of the Ka country Li Sekka is a beautiful, unassuming youth, but he holds an important secret. He possesses both genders. And as such he serves as a substitute for his late sister, who was to be the next empress. During this time, Ka country is invaded by the large army of the neighbouring Yoh country. Sekka ran away from the country dressed as the Imperial Princess, but was captured by the Emperor of Yoh country Ryuu Kishoh and had to enter the man’s harem as a princess. “If he learned that I am a man, I would be killed…” But just as he was feeling uneasy, he was ordered by Kishoh to spend a night with him…!?

So, this is my first project. Yes, this story has a hermaphrodite main character. Guy has both flower holes and a jade stemXD No, I did not realize that until I got till the first smut scene. The summary was pretty vague about it. Still, I quite enjoyed this book, it was the first one I bought back in Japan and I want to share it with all my fellow BL fangirls.

This is pretty much a passion project for now, but if you want to support me to offset the book costs and cups of tea or coca cola that are consumed while translating, I’d love you to bits~

9 thoughts on “Secret Nights in The Inner Palace”