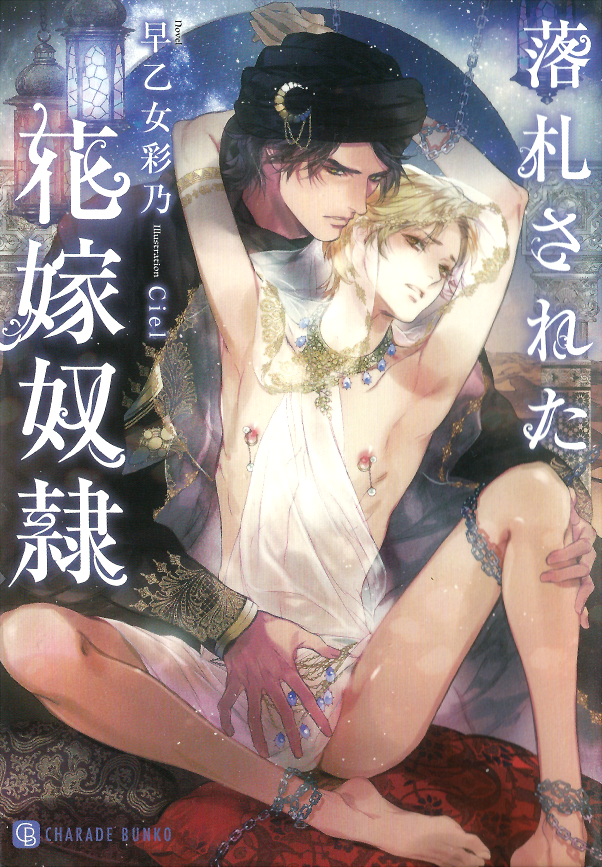 Winning The Bid On The Slave Bride （落札された花嫁奴隷）

Chisato came to Marihefu Kingdom in search of his younger twin brother he’d been separated from. However, he was deceived by a man pretending to be a guide, and put out on a black market auction. While a great number of customers raised their hands to bid for Chisato who was melting from the effects of an aphrodisiac and exposing his unbecoming state, his price was knocked down by the chief of a group of robbers Saqr using a large amount of money and threats. The merchandise bided on becomes the bidder’s love slave, and as per custom is embraced in the presence of the whole company. Still bound in chains Chisato was mercilessly pounded  by a hot length, but in reality Saqr’s identity is…?

!IMPORTANT!-This will be my next project after the completion of “Mating Desire”.

5 thoughts on “Winning the Bid on the Slave Bride”