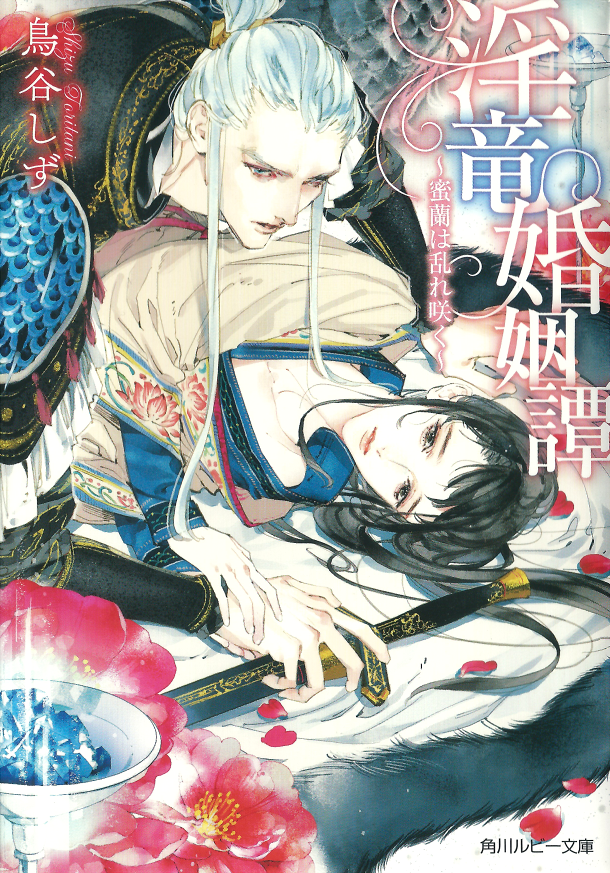 Length: 236 pages (not split into chapters)

Because of secret orders given by his benefactor the nobleman Shibi, Setsuran began working in the residence of the noted shogun Rin Seiju. His objective was the investigation of the origins of Seiju’s child Shouou who is rumoured to be the emperor’s illegitimate child, but thanks to Setsuran’s devoted service Shouou soon becomes attached to him and gradually he begins to see the gentle side of the seemingly coolheaded Seiju. At such a time Setsuran was saved from being violated by the emperor’s younger brother while running an errand at the Imperial Palace by Seiju who brought to attention that: “That is the person I am going to take as a wife.” Towards the Seiju who put up with being insulted in front of the Emperor’s younger brother, Setsuran’s heart began to shake between a sense of duty and an awakening of love…