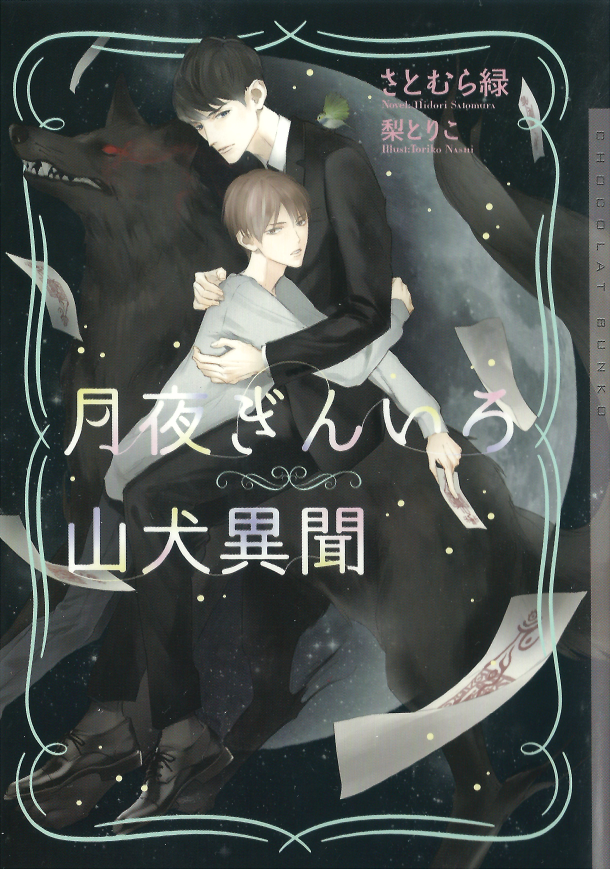 Length: 259 pages (Not split into chapters)

The descendant of the Nagashima house that was cursed by a Snake god Kyou is being stalked by a taciturn lawyer gifted with both intelligence and beauty. The man’s name is Michiru. His job as his real identity is that of a spirit (Japanese Wolf) that has served the Nagashima house for generations is to protect Kyou. Kyou had also once adored and relied on Michiru, but several years ago, after he’d learned that Michiru had sustained an injury while protecting him from a spirit, he had hardened his heart. Because he thought he would die young, he wanted to let his beloved Michiru go. However, the deeply devoted Michiru without a hint of disgust keeps shadowing around the clock…