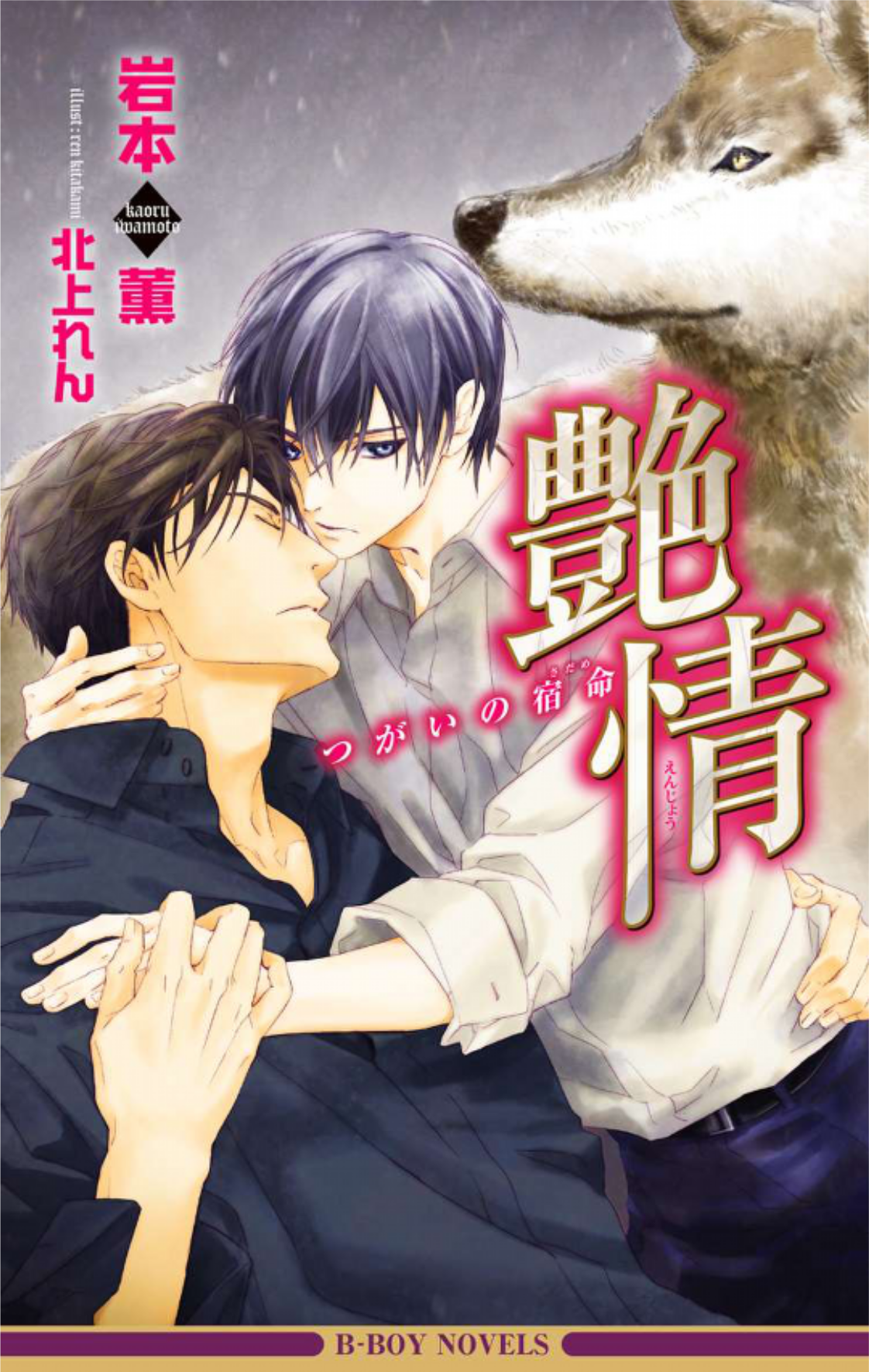 [T.N. I must say, I really like this cover. Kyaah…Arthur is snuggling up so cutely to Takahito~]

艶情つがいの宿命
In Hiragana: えんじょうつがいのしゅくめい／さだめ
Affection: Fate of the Pair (Book 2 of Affection)

“I know that this is a bad thing. Despite knowing there’s a possibility of conception, I’m doing things like consenting to being embraced…”

Takahito was held down with overwhelming power, confined and assaulted by the Head of the Gosford werewolf family – Arthur.

If things go on like this he will probably become pregnant…

Tormented by such anxieties on one hand, on the other hand although the man was his enemy of the same gender, Takahito was drawn to the strong, masculine, and filled with a leader’s charm Arthur and who seemed to feel the same attraction.

However, the other werewolves of the Gosford Family are ferociously standing in the way in front of these two people…!?

(This book is a continuation of the story told in Affection: Call of the King. It is necessary to first read that book for the story to make sense.)